The History Of The Seed Bomb

The Seed Bomb has been used effectively throughout time, seed bombs have validity; if you know it has been tried, and tested to perfection. When it comes to seed bombs, one man has done just that. 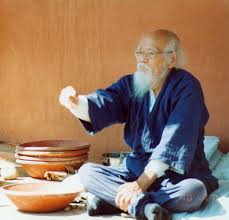 Masanobu Fukuoka incorporated his ancestral gardening techniques into his own farming methods and, in so doing, started a revolution. Seed bombs are an ancient Japanese practice called Tsuchi Dango, meaning ‘Earth Dumpling’ (seed bombs are made from clay earth). Seed bombs were reintroduced in 1938 by a Japanese microbiologist/ farmer Masanobu Fukuoka (1913–2008), author of The One Straw Revolution. 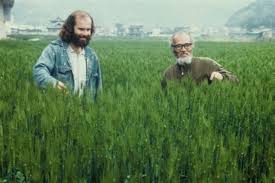 Fukuoka led the way into the world of sustainable agriculture by initiating ‘natural farming’. His methods were simple and produced no pollution. His technique used no machines or chemicals and almost no weeding.

Seed bombing was part of Fukuoka’s annual farming regime. He believed that Mother Nature takes care of the seeds we sow and decides which crops to provide us with, like a process of natural selection, because ultimately nature decides what will grow and when germination will occur, be that in 7 days or several seasons away.

Fukuoka grew seed bomb vegetables like wild plants – he called it ‘semi wild’. He seed bombed on river banks, roadsides and wasteland and allowed them to ‘grow up’ with the weeds. He believed that vegetables grown in this way – including Japanese radish, carrots, burdock, onions and turnips – are stronger than most people think. He would add clover to his vegetable mixes because it acted as a living mulch and conditioned the soil.

Discover more about seed bombs in Ireland by exploring our website today.